The National Park Service is celebrating its centennial this year.  August 25 was the official date, but all year long there has been a big media push to get folks out and enjoy the parks, as well as promoting the second 100 years of stewardship of these national treasures.  When you hear “National Park”, perhaps the Grand Canyon, Yosemite, or Yellowstone come to mind.  But the truth is, there are so many smaller, and maybe not so well known parks, that it might be easier to “Find Your Park” than you think.

Turns out there are National Parks, Monuments, Trails, Water Trails, Scenic Trails, Historic Trails, Seashores, Military Parks, Historic Areas, Historic Sites, Recreation Areas, Cemeteries, Battlefields, Lakeshores, and Preserves.  Even Parkways and Byways!  (Our very address here at the Brampton Inn, Route 20, is a National Scenic Byway, but that’s not part of the NPS.  It gets complicated!)  That covers a lot of ground…. and I suppose that’s the point.  If there’s a place that has some historic, cultural, or natural significance, chances are it’s included in the National Park Service, to be preserved for future generations.

Simply type in your zip code at the Find Your Park website and see what pops up.  There may be something nearby that you didn’t even realize was in your backyard.  In our region, we are surrounded by historic sites at practically every turn.

One of our favorites has the distinction of being the very first all-water National Historic Trail…any guesses what it might be?  Hmmm… Eastern Shore… water trail…. perhaps something to do with the CHESAPEAKE BAY??   Indeed, the Captain John Smith Chesapeake National Historic Trail covers 3,000 miles of waterways around the bay and along many rivers, including the Chester River, for which Chestertown is named.

Another historical figure is the inspiration for several more designations. Harriet Tubman‘s name graces the Underground Railroad Byway, a state park, and a national monument.  The latter is not a statue or a building, but rather a “25,000-acre mosaic of federal, state, and private lands in Dorchester County, Maryland, that are significant to Tubman’s early years and evoke her life while enslaved and as a conductor of the Underground Railroad”, including lands that are part of Blackwater National Wildlife Refuge.  The state park’s visitor center is still under construction and is set to open in March of 2017; we cannot wait to visit it and to be able to offer our guests yet another great day trip option.  In the meantime, check out this video!

It’s moving and humbling when you stop and think about the historic things that have happened in the very places we inhabit today.  Whether you’re visiting a new area, or just out and about in your hometown, get out there and Find Your Park.  It’s waiting for you. 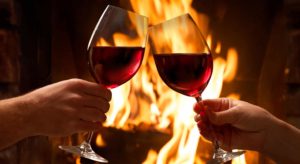 Chestertown is the perfect location for a memorable staycation! Stay any 3 consecutive nights and receive 50% off your third night.

*Valid thru March 3, 2022 on new reservations only. Not valid with other special offers or third-party booking sites.